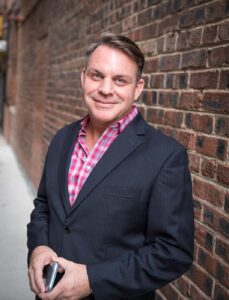 As a broker, public servant, philanthropist, and father, Michael hosts a variety of qualities that help make him successful. Holding a B.A from Texas A&M’s Mays Business School, J.D from Texas Wesleyan University School of Law, and an MBA from The State University of New Jersey’s Rutgers Business School, his education is well rounded. Michael began his career in administration and public policy and gained valuable skills he uses in his real estate work today. He went on to work at Briggs Freeman Sotheby’s International Realty, and later, Northern Realty Group.

Michael is passionate about many things and his love for Fort Worth runs deep. Having worked in both the public and private sectors, Michael understands the realities businesses face and the role government can play to help foster commerce and entrepreneurship. Having served in various positions within President George W. Bush’s administration, Michael honed his skills as a problem-solver, innovator and perfected the art of looking comfortable in uncomfortable situations during his years as Chief of Staff at the U.S. Embassy in Beijing. Through real estate, he utilizes his law school education to negotiate deals on behalf of his clients and works to make the process smooth throughout the transaction.

Serving as District 3 Director for Fort Worth City Councilman Brian Byrd, he helps address issues of concerns for citizens and works with other city leaders to continue to make Fort Worth a great place to live and work. Aside from family, faith and business, Michael’s greatest passion is giving back. He serves in many volunteer roles with area, state and national organizations as well as has created his own local charity event called Foodie Philanthropy. He sits on the Fort Worth Sister Cities International board of directors, The Texas Lyceum board of directors, The Fort Worth Food + Wine Foundation Advisory Committee and is member of the Fort Worth Rotary. He has been named to the Top 400 Most Influential People List by Fort Worth Texas Magazine and was awarded the Entrepreneur of Excellence Award by Fort Worth Texas Magazine and recognized as Community Advocate of the Year by the Fort Worth Hispanic Chamber of Commerce. From spearheading charitable initiatives, to staying plugged into Fort Worth’s growth and public service, Michael is opening doors across the metroplex. He is grateful daily for his wife Joanna and energetic children Mackaylee, Mackenzie and Ainsley.